Kariba Dam, built at the southern fork of the Rift Valley 1300 km upstream of the Indian Ocean, is considered to be the world`s largest manmade reservoir by storage capacity, four times as large as the Three Gorges Dam in China.  It was designed by the French engineer and inventor, Andre Coyne and built by the then Federal Government of Rhodesia and Nyasaland to provide an inexpensive source of electrical power to the region.

It is a double curvature concrete arch 128 metres tall and its’ crest length is 617 metres spanning the the Kariba Gorge in the Zambesi River basin on the border between Zimbabwe and Zambia. The contract for construction was awarded to the Italian consortium, Impresit, on July 16, 1956. Building began on November 6, 1956 with work going on day and night in 12 hour shifts and was completed in 1959. It filled to capacity in 1963, with a maximum length of 280 kms, width of 32 kms and maximum water retention level of 185 billion cubic metres, enough to induce earth tremors which are occasionally felt to this day. The dam’s generating capacity, following the recent upgrades and extensions on both the North and South banks, gives a compined capacity of 2130MW. The Kariba north bank power station (Zambia) has an installed generating capacity of 1080MW while the Kariba south bank power station (Zimbabwe) has an installed generating capacity of 1050MW.

In 1956 the contract to build the supporting town was given to Richard Costain, with a time limit of two years. Like the city of Rome it was built on seven hills – Sugar Loaf, Camp Hill, the Peak, Hospital Hill, Aerial Hill, Kariba Heights and Boulder Ridge. Within 48 hours of the contract being signed about 1300 workers, including many Italians, were on site and within 19 months they completed shops, banks, houses, schools, meeting places, a hospital and the infrastructure to support the town. Most of these buildings are still in use today, including the well known church of Santa Barbara and are a fine testament to their work.

Check out these videos regarding the building of Kariba dam:

The Tonga People and The Legend of the Nyaminyami

The building of the wall and subsequent filling of the dam lead to the displacement of about 57 000 people, mainly of the Batonga tribe, who had been subsisting in the valley and along the river banks far from civilization for centuries.

The severe disruption of their lives was partly mitigated by the building of roads, schools, clinics and the provision of wells and electricity as well as new opportunities for fishing but many mourned the loss of their traditional homes and rich alluvial lands.

The name Kariba comes from the word “kariva”, meaning trap. It refers to a prominent rock feature in the Zambesi River at the entrance to the gorge close to the site of the dam wall. This legendary rock was believed by many of the Batonga tribe to be the home of the great River God, Nyaminyami, who caused those who neared it to be drawn into the river and drowned.

When the tribesmen heard that a dam wall was to be built across the river and their tribal homes submerged they believed that the River God would be so angry that he would cause the water to boil and thus to wash away the wall in a great flood.
There was no surprise then in 1957 when, a year after building began, the river rose to flood levels washing away roads and equipment at the site. The next year it flooded again, three metres higher than previously, washing away parts of the wall, access roads and a coffer dam. The wall was finally finished in 1960 and officially opened by the late Queen Mother in 1960. The story of the Nyaminyami is still vividly brought to life in the many carvings of the River God on sale to tourists in Kariba town.

The effect of the rising water was not only felt by the Batonga people and soon countless numbers of animals, birds and insects began to feel the impact. As the water rose islands emerged marking the highest points of the valley. Some were quickly covered by the rising water and by the time the lake reached maximum level in September 1963 only the largest remained. These became the last refuge for many of the animal species living in the area.

Their plight gave rise to a game rescue exercise of unprecedented scale which attracted the attention of the world and which became known as Operation Noah. As recorded in by Dale Kenmuir in his book, A Wilderness Called Kariba ,by September 1959, when the lake stopped rising so fast, three rescue teams were operating on Kariba as separate units.
The Southern Rhodesian side the team consisted of six game rangers led by Rupert Fothergill (for whom Fothergill Island is named) one veterinary officer and 48 general staff. The Northern Rhodesian team was led by Tad Edelman and consisted of one game ranger, two assistants and 15 general staff. The Game Preservation and Hunting Association team, which augmented the Northern Rhodesian government team, consisted of 32 volunteers with three 18-foot steel boats with outboards and a 45-foot parent ship named Erica after Mrs Erica Critchley, wife of the president of the Game Preservation and Hunting Association, Lt.Col.R.A.Critchley.

Funding came in the form of aid from the government of Southern Rhodesia and an appeal via the Northern Rhodesian Game Preservation and Hunting Association to the Fauna Preservation Society in London. The appeal launched by this society provoked a flood of donations and by the end of October 1959 $19 000 had been sent to Colonel Critcheley`s Kariba Rescue Fund, both Northern and Southern Rhodesian Governments had made provision to increase expenditure on rescue operations in the New Year and more help and funds came from various societies, associations and individual people.

The rescue work was extremely difficult and dangerous with submerged trees and stumps threatening operations in the water while on the islands disorientated and defensive animals and reptiles often tried to thwart any rescue attempts.  It was a credit to those involved that no human lives were lost during Operation Noah.

The methods used were often experimental and consisted of herds being driven into restraining nets to be bound, ear-tagged and off-loaded onto the mainland. Larger species were subdued by darting before they were captured and moved. It soon became clear that ordinary rope was too damaging to the captured animals and an appeal was made through the SPCA for silk stockings for binding and the overwhelming response made a substantial difference to survival rates. Rescued animals were mainly released on the Southern Rhodesian side of the lake, where two areas, Matusadona and Chete, were set aside as game reserves.

The numbers of the species saved in this remarkable rescue operation is recorded on a monument to Operation Noah at the viewpoint on Kariba Heights.

The ultimate benefits, apart from two game reserves and an invaluable opportunity for research, included publicity to the Federation with an estimated value far in excess of the cost of the operation.

In time the full potential of the lake and Kariba town were realized. The town became a tourist hub, serviced by hotels, lodges, camps and campsites with tourists arriving by road and air to enjoy game viewing, fishing and houseboat trips, canoe safaris and tours to the surrounding national parks. For Kariba residents it’s a place to be proud of and a place for all to enjoy. 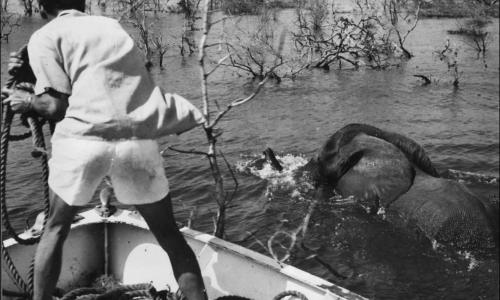 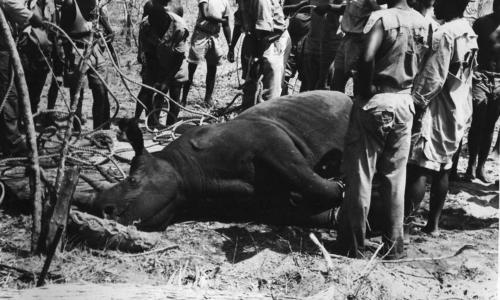 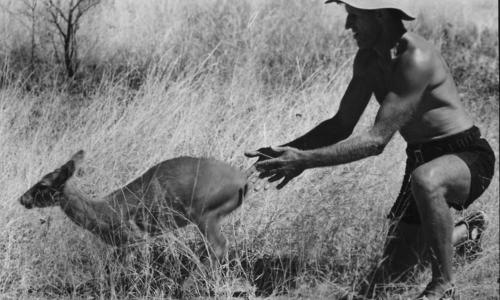 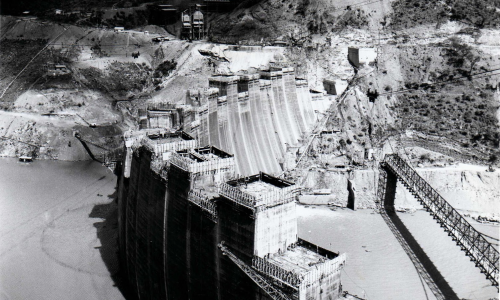 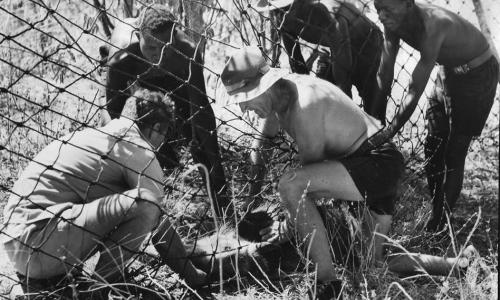 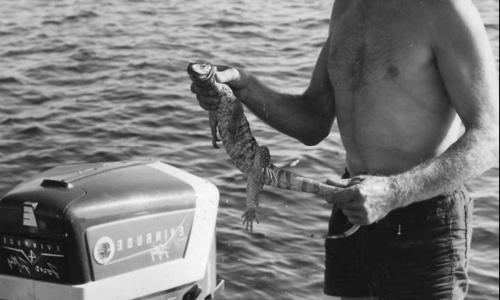 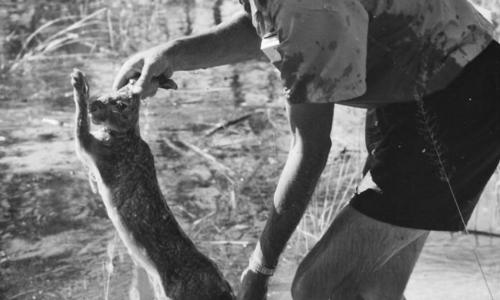 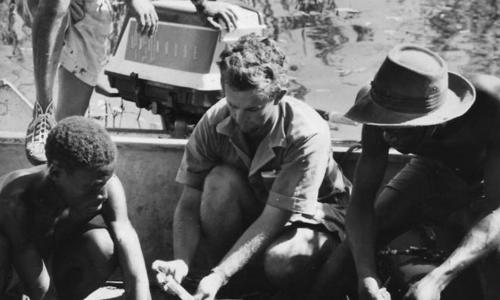 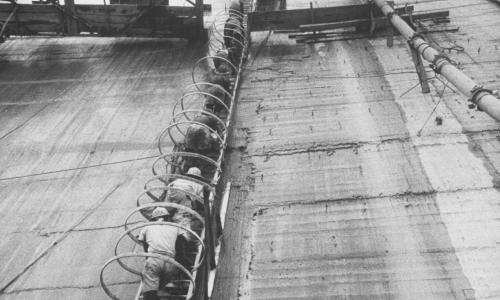 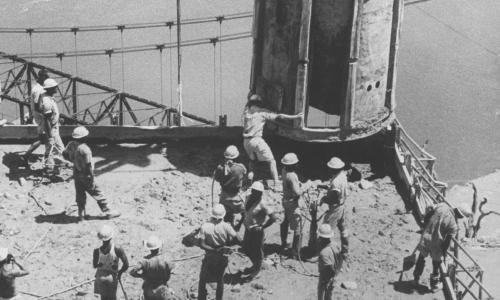